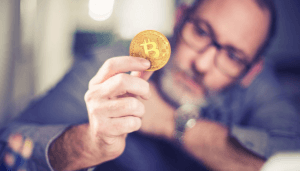 In recent days, particularly in the last week and a half, the Bitcoin market has registered impressive rises. Although it is a market that has proven to be resistant to attacks from governments, banks and other entities, and although it has remained an attractive investment option, it is unusual to see this kind of dizzying rise. Certainly, it took many of us by surprise, and we are very curious to know the origin of these increases. In order to clarify this and have an expert opinion, we consulted Gutemberg Dos Santos, a specialist in Blockchain technology and a successful Bitcoin investor. Below, we present the most relevant excerpts from the extensive talk we had with him.

What is the strength of Bitcoin?

Bitcoin, being part of a decentralized system, operates according to the true laws of supply and demand: it is a refuge, a solution, for people who feel at the mercy of institutions or government systems that affect their economy. It is, in many ways, the ideal currency for ordinary people. And when ordinary people have needed that refuge, Bitcoin has been favored. We have seen it in Russia, we have seen it in Venezuela, and we are seeing it now, again. When government control has made it impossible for people to prosper, the options are clear: lose the value of your savings or purchasing power, or use currencies that retain their value and are always accessible. The strength of Bitcoin is that it has truly served ordinary people in everyday situations.

Bitcoin is part of a network. Of a global economic system. Like the forces of the economy, or exchanges between countries, what happens in one place on the planet has repercussions in another, whether they are planned or, as in the case at hand, surprising for certain sectors. Ironically, in this case, surprising just for those who should have anticipated them. A clear example of this is the government headed by Matteo Salvini. They have decided to go after the savings accounts of ordinary citizens, in order to increase their tax collection. That is, now their family savings, which were so “safe” in the bank, are at the mercy of the government. Of course, this type of strategy pushes people to look for new solutions. There were even those who said, sarcastically, that Mr. Salvini is the world’s biggest promoter of Bitcoin, since his actions drove an exponential increase in the number of transactions. In his fundraising zeal, he caused a reaction that he never expected. Another case is the tariff war initiated by Donald Trump. After his announcement of tariffs for more than 300 billion dollars to China, Bitcoin began to rise, to register, in May 2019, a rise of just over 58%. Interestingly, during the same month, the main US index, the Standard and Poor’s, fell almost 7%. In fact, the Bitcoin market performed much better than much more “established” indicators.

A secure fund in an uncertain world

Throughout its history, Bitcoin has proven to be a secure way to preserve the value of money. It has been like this in Russia, in Venezuela, in Italy and in several countries and historical moments. Analysts predict a turbulent period in the future, in the short and medium terms. In Europe (the growth of isolationism, the possible crisis in the European Union), in Asia (debt in China, trade wars), in the United States, in South America … in general, the scenario is uncertain. And, as we are seeing, the decisions of the rulers no longer affect only their own countries. They present global impacts. But they also open unexpected opportunities.